ViVi Therapy is sooooo excited to announce the opening of “The Worlds First Cupping Bar”  Come to ViVi Therapy in Victoria and Experience Cupping at reasonable prices, with amazing Therapists.  We prefer to call them “BodyTenders”so stay tuned for more on them. 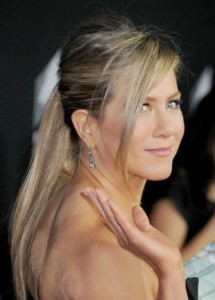 Cupping is the ancient Chinese practice in which a glass cupping jar is applied to the skin to create a vacuum which stimulates blood flow to help relieve stress, aches and pains. While the treatment does leave noticeable marks or bruises, cupping is not a painful therapy either before of after the treatment. The marks will disappear within a 2-3 days.  Just like Jennifer Aniston here.

Cupping is the ancient Chinese form of acupuncture, which is concerned with the movement of blood, body energy (Qi), and body fluids. Oriental medicine considers pain to be a result of the stagnation of these systems due to injury, stress or illness. The treatment of cupping is believed to stimulate blood flow and help ease stress, aches and pains.

Cupping received lots of attention and came to public prominence when film star Gwyneth Paltrow turned out at a major film premiere in a dress that revealed her back, which was covered in large circular marks caused by cupping.

What is the purpose of cupping?

Cupping therapy aims to open the ‘meridians’ of the body. Meridians are seen as the means by which energy flows to every part of the body and through every organ and tissue. The back is where cupping treatment is most commonly applied, and there are considered to be five meridians on the back which, when ‘opened’, allow invigorating energy to travel all over the body.

To carry out the treatment, a therapist takes a number of glass cups and heats them with a flame. The cup is then quickly applied to the skin, creating a vacuum which draws up the underlying tissues. The suction acts like a reverse massage pulling the myofascial tissue away from the underlying bone rather than compressing or gliding against it like other massage and rolfing techniques.  At the same time the tissue is engorged with blood which feeds the area vital oxygen and nutrients to the muscles, tendons, ligaments, nerves and skin. Sliding cupping can release myofascial tension in a short treatment by sliding the cups over the tight muscles and leaving them to rest on key meridian points. Leaving the cups on the body for a few minutes will promote blood flow and healing to underlying structures and related organs. Cupping can be used as a treatment on its own or it can be combined with other therapies such as Acupuncture and Asian Massage techniques…check out our Cupping Bar Menu for all of these treatments.

What are the benefits of cupping?

Cupping is frequently used as an alternative to acupuncture or massage, and can help the tissues to release toxins, stimulate the lymphatic system, activate and clear the veins, arteries and capillaries and rejuvenate the skin (particularly flash cupping which is great for regenerating facial muscle tone and colour)
The treatment is particularly useful for relieving pain in the muscles, especially back & shoulder pain from stiffness or injury and clearing congestion in the chest, which can occur during colds and flu. It has also been used to treat a number of other conditions, including bowel problems, headaches, arthritis, period pain, asthma, cellulite, anemia, depression, sciatica, skin problems, blood pressure and in Jennifer’s case fertility.  Some suggest that another benefit of cupping is for the therapists themselves, since just a few minutes of cupping is considered to be worth around 30 minutes of general massage – thus saving wear and tear on the masseur’s joints! It also means that cupping is a good option to take if you don’t have time for a long massage session. 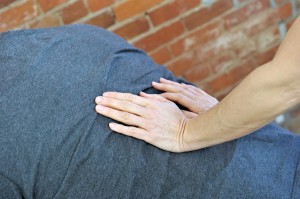 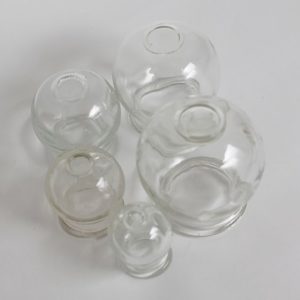 Come down to ViVi Therapy Head Quarters in Fernwood starting the week of Dec 9, 2013 and experience cupping at “The Cupping Bar”  our menu and pricing will be posted very soon.Meanwhile enjoy this video from ViVi Therapy and subscribe to our Channel for more to come!

Thanks for reading this and if you have a Company or Business and you would like to take a trip to “The Cupping Bar” for some stress relief for you and your employees or colleagues call us on 250 298 4484.